It’s funny how life turns out. I never thought I’d be living in the country. I’ve always been a city girl, the kind that screams at the sight of a roach, and jumps on the furniture at the sight of a mouse. On our one and only camping trip, Kaz found it amusing how paranoid I was in the tent at night. “What’s that? Did you hear something? Is there something in the sleeping bag with us?”

And yet, I was always trying to get us out of the city. To Joshua Tree, to Santa Barbara, to the coast, anywhere but inside the urban jungle.

When he was sick, and especially when he got depressed, one of my most frequent questions was: “Why don’t you sit outside?” “And do what?” he’d respond. “Just feel the sun on your face, the wind, listen to the birds, breathe some fresh air. It’s good for you!” But sitting outside on Hollywood Boulevard wasn’t his thing. I don’t blame him.

I often think of him now and wonder what he would say about my current life, if he would have been willing to make this kind of move to the country (probably not, his work was in the city), if it would have even occurred to us (again, probably not).

I know he would have loved the roads around here, which are perfect for motorcycle riding. He probably wouldn’t have liked the winters. But I think he might have liked the solitude. He was kind of a loner, or at least a homebody. He liked being at home, playing his video games, watching television, relaxing. He would have enjoyed how much I cook here.

Who knows. He might have been surprised by how well I’ve adapted to the solitude because I was always the social one. I still am, but in smaller spurts. Ironically, I relate to his homebody-style more now than before.

It’s hard to describe how much I love living in the country. It’s not perfect. I do miss certain things about the city, but on a day-to-day basis, I feel more content than I have since Kaz was alive.

As I write this post (the original by longhand on a yellow legal pad), I am sitting in the backyard on a weathered metal rocking chair that has a cotton cushion. I’ve sat on this chair all through winter. I call it my “outside office.”

The sun is out. It’s in the 60’s. The clouds are mere wisps. There is a strong breeze blowing, and a family of black flies buzzing around me. In the distance, the flowers that line the edges of the house have just begun to bloom. 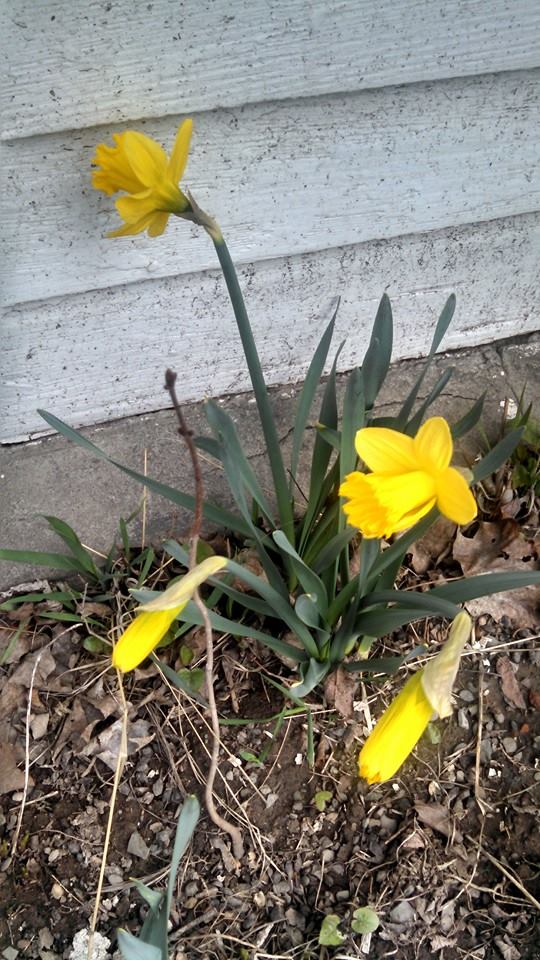 Ruby is lying nearby in the grass, her eyes half-open in that way dogs do when relaxing in the sun. This morning she was sniffing all over the yard instead of the usual stick-fetching, and I was reading a book. It was peaceful, both of us doing our own thing, occasionally looking up to check on the other.

Some people don’t want to deal with flies or dirt (which is unavoidable in the country), the wind, the quiet, and so on, just like some people prefer air conditioning to open windows in cars (I’ve always been the latter).

Apparently, there’s such a thing as Ecotherapy, which is literally contact with Nature, and it’s becoming more important as the world grows more populated and the environment continues to deteriorate. This article in the Washington Post discusses concerns that health officials have about how people in the future are going to get enough (unpolluted) nature to stay healthy. “The World Health Organization predicts that 70 percent of the world’s population will live in urban areas within 30 years.”

If I’m still here in 30 years, I’m pretty sure I won’t be one of those people. I like seeing the stars at night.