Once upon a time, before I became a widow, before Kaz got sick, before we even met, I used to be a director. Not a famous one, but one with a decent track record and some minor but not insignificant accolades. I had several projects in the works. Kaz used to help me with them, reading my scripts, giving me notes, connecting me with his contacts. I was highly productive during our first two years together. I wrote one feature screenplay, directed two plays, directed and produced three music videos. The day he was diagnosed was the day after I completed and delivered the last music video. I haven’t directed anything since.

During the year he was sick it was simply impossible. After he died, I lost all motivation. The only thing I could do was to write, and I wrote the entire time.

Writing suited me. It was solitary. I could do it in my pajamas. I could laugh, cry, scream or talk to myself all day long, in private. 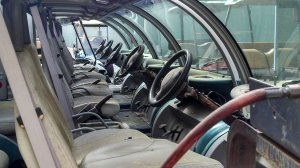 Directing is a whole other beast. Directing requires communicating with people other than yourself. It is part vision-making, part juggling act, part performance. It requires listening, collaborating, convincing, defending, explaining, and answering question after question.

It requires hustle, especially if you don’t have a lot of money to work with. You have to somehow get professionals to help you for little to nothing, vendors to give you great deals, and actors more experienced and more famous than you to actually do what you tell them. 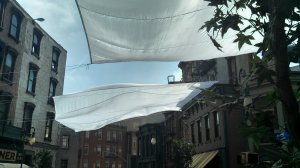 It requires a lot of professional fronting. “50% of directing is acting,” a famous director once told me. You have to act like you know what you’re doing even if you have no idea. You also need to be humble and gracious so that the crew doesn’t think you’re an asshole and walk off the set. Like my post about being an Alpha Bitch, it requires being a leader, which is to say, it requires an enormous amount of energy and people skills.

The other day I wrote that I can’t stand my job. The truth is I work at one of the biggest studios in town, but not in the capacity I want to be working in. It’s a double-edged sword. I am surrounded by the very thing I want to be doing. Yet I have not reached the point of being able to do it professionally.

Recently, there’s been a paradigm shift. Since returning from Vermont I have been quietly stocking my arsenal with projects that will hopefully get my career back on track. I’ll be talking more about them in the weeks and months to come. They’re going to take time so I need to be mentally prepared for the long haul. I have a ton of things to do, dozens of people to reconnect with, and probably 100 movies to catch up on. I’m not necessarily starting from scratch, but definitely starting over.

As they say in the Middle East, “Insha’Allah.” G-d willing.

9 thoughts on “A long time ago in a galaxy far, far away…”